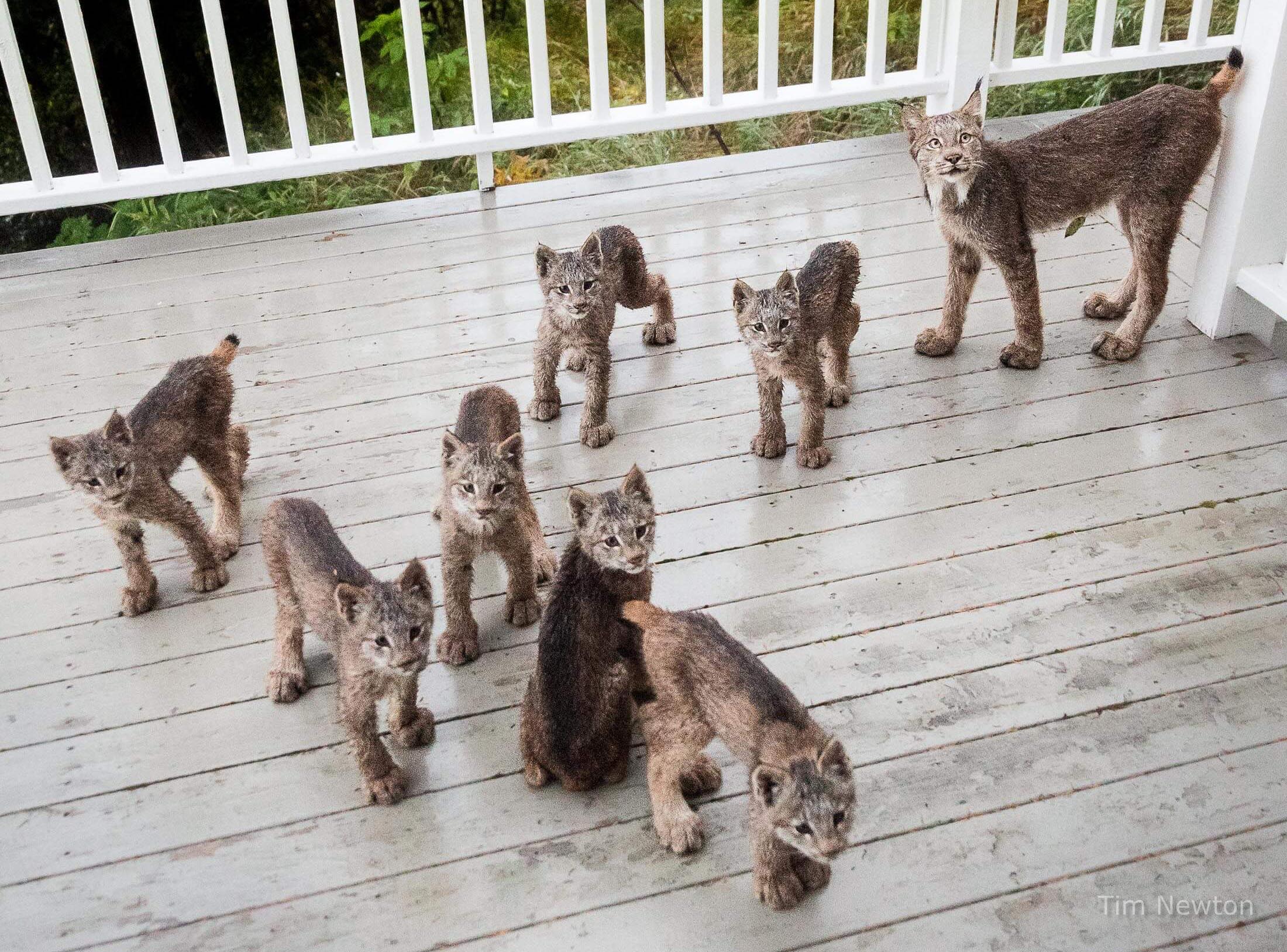 We had an astonishing encounter with wildlife outside our home, when a Mama lynx and her seven kittens decided to visit our deck!

I was awakened near dawn by a noise outside, and upon investigating saw a couple of lynx kittens playing! I grabbed my camera and took a few photos, and they scampered off… I thought that was the end of it. But, as I gently opened the inside of the screen door, I heard a mewing sound.  It was then I saw the mother lynx, calling to her kits. They each proceeded to line up right there on the deck beside her.

SEVEN KITTENS!  My camera started to click from behind the door screen, and they all looked up to see what that strange noise was! Soon, they proceeded to play and frolic on the deck, and then in the yard, for the better part of an hour.  During that time, rushing from window to window and hoping I wasn’t blowing the photos somehow, I was able to capture around 230 shots, many of which I’ve put on display here and on our Facebook page.

I had only ever seen lynx in the wild on a handful of occasions in all my time in Alaska, and on those rare instances, usually only for a matter of mere seconds. As soon as lynx know they are seen, they typically disappear back into the forest shadows. To be able to encounter such a rare, large family of this exceedingly elusive wild animal, and watch them frolicking for almost an hour on my own deck was unimaginable. I’ve never heard of a similar encounter anywhere, and never expect to see such a thing again.

I’m so glad I was able to get a few good shots that capture the magic of that once-in-a-lifetime encounter. I hope you enjoy them! 🙂